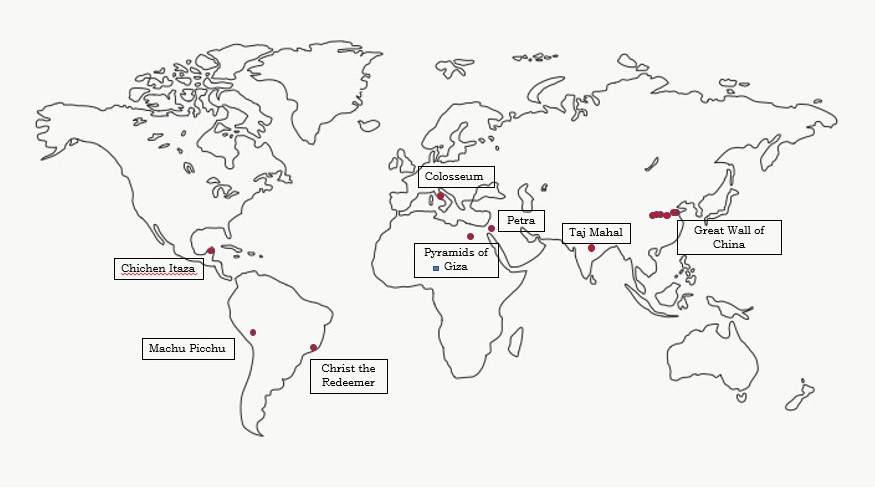 About the Seven Wonders


The original seven wonders was mentioned and compiled by Philo of Byzantium, consisted of seven architectural marvels in the area surrounding the Mediterranean Sea: The Pyramids of Giza, the Hanging Gardens of Baylon, the Colossus of Rhodes, the Lighthouse of Alexandria, the Mausoleum at Halicarnassus, the Statue of Zeus at Olympia, and the Temple of Artemis. None of these managed to survive to the present day, except for the Pyramids of Giza.


In 2007 an online contest was held to determine the new Seven Wodners of the World, and was voted on by millions of people. All are considered to be heritage sites.